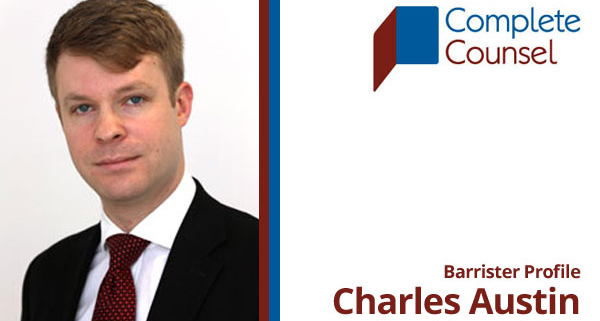 The complex question as to when and how statistical evidence should be used in clinical negligence cases was again considered by the Court of Appeal in Schembri v Marshall[2020] EWCA Civ 358. The decision provides a helpful summary of how such evidence is to be approached and its application to individual claimants. Whilst the conclusion of the court could be read as assisting claimants through the softening of traditional rules on causation such an interpretation would be misplaced. The position remains that each case must be considered individually and that statistics amount to nothing more than one piece of evidence before the court.

The case of Schembriwas described by McCombe LJ as being ‘highly complex, and rather puzzling’. The Claimant was the husband of the deceased who suffered a cardiac arrest and died as a result of a pulmonary embolism. The deceased had attended upon her GP (the Defendant) on the 25thApril 2014 where she was examined and informed the most probable cause of her symptoms was muscular strain affecting her hiatus hernia. The deceased died the following day at home.

It was common ground between the Claimant and Defendant that had the deceased been referred she would have been diagnosed as having a pulmonary embolism. Potential treatment would have been a) anticoagulation (herapin) and/or b) thrombolysis (alteplase). It was also common ground that thrombolysis would not be undertaken automatically and would only be used where the potential benefits outweighed the risks.

Mr Justice Stewart found at first instance that had the deceased attended hospital she would have received heparin by 9pm and that this would have taken effect to prevent further clotting by midnight.

Therefore, the central questions for the court to determine now are:

Question 1 was answered in the negative therefore question 2 did not arise. The key was the answer to question 3 and this is where the court had to consider a large amount of statistical evidence. Responding, broadly, to the statistical evidence the judge reached the following conclusion [104- 105]:

a number of points can be made about [the] statistics. Nevertheless, broadly speaking, had alteplase been prescribed, say, 3 hours earlier than 8.30 a.m., Mrs Marshall would probably have survived.

That said, I have already found that it cannot be shown, the balance of probabilities, that Mrs Marshall would have reached the threshold for prescription of alteplase at any stage prior to her going into cardiogenic shock.

Addressing the evidence on cardiogenic shock the judge concluded [115 – 116]:

Looking at the evidence on cardiogenic shock in isolation, I find that:

As to the position with cardiac arrest, the Claimant submits that, because of the fact that she was relatively young and had no comorbidity, she probably would have survived with high quality CPR in hospital, and therefore have been in the group of 35% (Sekhri) – 37% (Casazza) who do not die. In my judgment, whilst this is a possibility, it is less likely than her chances of surviving cardiogenic shock – itself not a probability.

Notwithstanding the statistical evidence Stewart J found for the Claimant. The judge concluded:

The court, in looking at the evidence as a whole, must take a common sense and pragmatic approach to that evidence, in circumstances where it is equivocal. The court must also be wary of relying on the statistical evidence in the literature which has a number of variables. Had the statistical evidence, in conjunction with the expert evidence, have led to the conclusion that Mrs Marshall’s chances of dying would have been assessed on presentation as only slightly better than 50-50, I would have found for the Defendant. However, the above evidence of Professor Empey and Doctor Gomez [the Claimant’s experts], in conjunction with the medical literature, drives me to the conclusion that on the clear balance of probabilities she would have survived.

On appeal, the Defendant argued that the judge fell into error by finding for the Claimant. The Defendant submitted that the judge was wrong to find for the Claimant as it was not proven that the deceased would have survived had she been admitted to hospital. The Court of Appeal dismissed the Defendant’s appeal and concluded the trial judge was entitled to reach the decision he did. Giving the lead judgment, McCombe LJ stated:

I do not consider that the judge was in error in posing the fourth question. The Appellant’s approach would require him to have stopped at the end of question (iii), assuming that he had answered those three questions in the negative. He was entitled, in my view, to assess what he described as the “close calls” in the light of the Deceased’s overall circumstances (age, medical history, haemodynamic stability etc.) and in the light of the medical learning in cases such as this. He was right to take the “common sense and pragmatic view” of “the evidence as a whole”, as he said at paragraph 146.

In reaching this decision McCombe LJ considered in detail the appropriate use of statistics and the guidance given by Lord Nicholls in Gregg v Scott[2005] 2 AC 176 [27 – 28]:

In cases of medical negligence assessment of a patient’s loss may be hampered, to greater or lesser extent, by one crucial fact being unknown and unknowable: how the particular patient would have responded to proper treatment at the right time. The patient’s previous or subsequent history may assist. No doubt other indications may be available. But at times, perhaps often, statistical evidence will be the main evidential aid.

Statistical evidence, however, is not strictly a guide to what would have happened in one particular case. Statistics record retrospectively what happened to other patients in more or less comparable situations. They reveal trends of outcome. They are general in nature. The different way other patients responded in a similar position says nothing about how the claimant would have responded. Statistics do not show whether the claimant patient would have conformed to the trend or been an exception from it. They are an imperfect means of assessing outcomes even of groups of patients undergoing treatment, let alone a means of providing an accurate assessment of the position of one individual patient.

The Court of Appeal was also mindful of the comments of Toulson LJ in Drake v Harbour[2008] EWCA Civ 25 that a court is entitled to find that the loss ensued was probably caused by the negligence if it is of such a kind that was likely to have resulted from the negligent act.

In the absence of any positive evidence of breach of duty, merely to show that a claimant’s loss was consistent with breach of duty by the defendant would not prove breach of duty if it would also be consistent with a credible non-negligent explanation. But where a claimant proves both that a defendant was negligent and that loss ensued which was of a kind likely to have resulted from such negligence, this will ordinarily be enough to enable a court to infer that it was probably so caused, even if the claimant is unable to prove positively the precise mechanism. That is not a principle of law nor does it involve an alteration in the burden of proof; rather, it is a matter of applying common sense. The court must consider any alternative theories of causation advanced by the defendant before reaching its conclusion about where the probability lies. If it concludes that the only alternative suggestions put forward by the defendant are on balance improbable, that is likely to fortify the court’s conclusion that it is legitimate to infer that the loss was caused by the proven negligence.

Rather than providing a sweeping change, the Court of Appeal have quietly reaffirmed the use of statistics as a means of evidence. Nothing more and nothing less. It is an approach which is consistent with the court’s overall approach to the use of statistics and epidemiology which is succinctly summed by the editors of Clerk & Lindell on Torts (22nd Edition (2018), at para. 2-30

The assessment of causation would turn upon the detailed medical evidence, both as to the overall statistical chances of survival and the particular condition and circumstances of the patient.

The decision of Stewart J, as upheld by the Court of Appeal, is an example of a blend between statistical and clinical evidence. The ultimate decision took account of the statistics but recognised the oral clinical evidence which was that it was ‘very unusual’ for a patient to die in hospital of a pulmonary embolism. Following the decision in Drakethis was sufficient to satisfy causation. Statistics therefore are just one brick in the wall of evidence before the court.

Charles Feeny, Gus Baker and Sam Irving published in the Journal of Patient...
Scroll to top