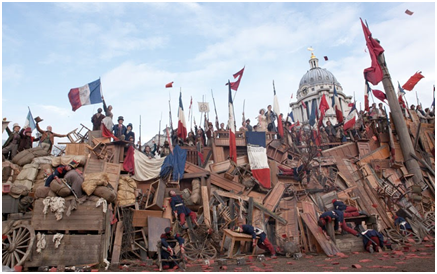 A great deal of light has recently been shed on the advent of technology in our legal system. Moore’s law, that the number of transistors on integrated circuits doubles about every two years, has long buttressed society’s technological revolution. It has meant exponential growth in the technological sector, with no end in sight.

With this in mind, this article will seek to briefly analyse the potential impact of properly harnessing the power of future technology into our old and traditional legal system. This will be done in three short parts. Part one will explain the notion of a ‘rebel city’ and why our – at times archaic – provision of legal services could do with an overhaul. Part two will seek to present the technological revolution as the key pathway for this overhaul. Part three will look specifically at the potential for our legal system to take a leading role in the wider technological revolution and the rise of the ‘digital city’.

Part one – Defining the ‘rebel city’

What is a ‘rebel city’? One of the primary elements of the Enlightenment that dominated the world of ideas in Europe in the 18th Century was the rise of the ‘public sphere’. At the core of this was a realm of communication, marked by new arenas of debate, more open and accessible forms of urban public space and an explosion of print culture. Secrecy and the concealment of ideas was, in theory at least, the gravest of sins. Cities, brimming with the very people that harboured these ideas, became the conduit through which social progress could be pursued. But this soon came under the attack and exploitation of a capitalist system based on endless profit, infinite consumption and sprawling urban growth no matter what the social, environmental or political consequences.

Against this backdrop, the notion of what David Harvey refers to as a ‘rebel city’ can be explained. It is only through the city itself, from the bottom-up, that we may return to the glory days of our cities as the home of diverse collectivism, innovation and free thought. This requires a broader, revolutionary movement in our rebel city.

In what sort of format has the capitalist hijacking reared its head? One example is through the creation of exclusionary urban spaces to which the commons lack access. It is not hard to conjure up the image of gated communities, or glass towers, to which only a privileged few may access the expensive delights within. The window cleaner is left to ogle from without. To tackle this, the social practice of ‘commoning’ can be undertaken . At the heart of this is that the relation between the social group and that aspect of the environment being treated as common shall be collectivised and less commodified. One may see this as a partial reversion to a previous age, proud to have based itself firmly in the democratic delight of intellectual collectivism.

If exclusionary practices continue, then those who promote diversity, efficiency and openness in society will lose out to the predatory practices of upper class consumers. Such consumers may lack any social imagination and find themselves unknowingly constrained by the bureaucratic chains of history, paying higher costs for less valuable end products. Worrying indeed. In light of this, the ‘rebel city’ and the right to reclaim it must be construed as a right to rebuild and recreate the city as a socialist body politic in a completely different image. One facet of this rebuilding is to put the power back into the hands of the common consumer. In the legal world, the best way to achieve this is through a rebel city taking a 21st Century form. We shall call this the ‘digital city’.

Our rebel city is a digital one. New technologies continue to usher in a revolutionary conquest against the traditional and ever more dated lifeblood of our economy. Until recently, this lifeblood took the form of face-to-face interaction with clients, long nights spent spilling ink on paper and a pressing need to have drawers fully stocked with first-class stamps. The traditional rigid and time-consuming mechanisms of our economy (particularly in the services industry) and the status quo of the players within it, be they big or small, face an immense upheaval. This upheaval takes the form of technological advances oozing in potential for efficiency, cost-saving and innovation. The relevant players in their respective industries will at this moment face a choice. To entrench their positions, resting on their laurels and hoping the revolution will not result in a coup, or to embrace the opportunity for a fundamental reconceptualisation of the industry they are in.

This revolution is being conducted through the use of widely accessible products such as kindles and smartphones, devices spurred on by the ammo of unlimited internet connectivity. Even noises and sounds are not safe from the threat of extinction. The youthful newcomers reading this, (those best equipped to embrace and enjoy the technological revolution) will hardly remember the noise that once escaped a struggling dial-up modem. Faced with such a revolution, a modern economy based firmly on the principles of endless profit and consumption, is scrambling to adjust. No sector is immune.

One need only look to our Baltic neighbours to see the mind-boggling potential of a digital city. In Estonia, the birthplace of Skype, a technological revolution is being conducted by the gradual creation of a ‘digital sovereign’. Estonia has taken ground-breaking steps to put its entire state online. In 2011, 97% of tax returns were made online. Voting is conducted online, and laws are signed into effect with a digital signature. Cabinet meetings are paperless. For €50 anyone can become an e-resident of Estonia and take advantage of the simplified, infrastructure of a state that exists online. In an extreme scenario, imagine the state was invaded and annexed. The state in its original form could be put on a memory stick and simply booted up from anywhere in the world.

The potential for an entire country’s infrastructure to be digitalised poses a strong indication of where the future of the law could be heading, a ‘legal digital city’. But do not take my word for it, Lord Justice Ryder as recently as last week has urged for a web-based expansion of justice and the rationalisation of the judiciary. He has called for the replacement of the ‘post-Victorian superstructure’ of courts and tribunals with a modern, paperless system. This would be based on online access and a streamlined judiciary in order to realise the values embodied in the Magna Carta (enjoying its 800th birthday) and to increase access to justice.

But it is not only the courts and tribunals that will eventually reek of archaism. It is not a mere dream to imagine a world in which one day the glass towers of our cities will be replaced with a digital city. The legal sector, long plagued by the issue of excessive costs and bureaucracy, could yet lead the way in this revolutionary endeavour.

As Harvey puts it, ‘the question of what kind of city we want cannot be divorced from the question of what kind of people we want to be, what kinds of social relations we seek and what style of life we desire. It is a collective rather than an individual right, since reinventing the city inevitably depends upon the exercise of a collective power over the processes of urbanisation’.

It is in that context that Lord Justice Ryder’s assertion that the very realisation of fundamental aspects of the Rule of Law depends on a comprehensive embrace of the digital revolution by the legal sector. The legal world has an immeasurably valuable opportunity to take the lead in representing the cutting-edge progressiveness of society’s digital revolution. The boost to self-employment and the innovation, cost-saving and diversity associated with it, means that it is in no uncertain terms that it can be stated that the ultimate rebel city in the legal world of the 21st century is a digital one.

“Cities are never random. No matter how chaotic they might seem, everything about them grows out of a need to solve a problem. In fact, a city is nothing more than a solution to a problem, that in turn creates more problems that need more solutions, until towers rise, roads widen, bridges are built, and millions of people are caught up in a mad race to feed the problem-solving, problem-creating frenzy”