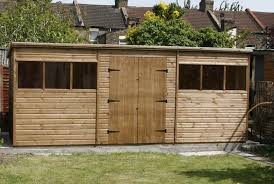 When I announced at the beginning of this year that I was going to practise from my shed, it created some surprise, in particular amongst those credulous enough to believe it.

So how has it gone? Well, overall I feel quite liberated and close to nature. There have been some downsides, in particular a few spats with the gardener when I got in his way as he has tried to remove tools. Also I have had some terse emails from members of the Bar who do actually work from their shed and thought that I was mocking them.

As many have now realised, “the shed” was essentially a metaphor for the remote and flexible way of working now possible in the digital age.

So how has the metaphorical shed gone? From a personal perspective, I feel quite liberated but not necessarily close to nature (actually, I generally work indoors).

Having spent many years working in traditional Chambers in traditional buildings, it never really occurred to me that this was in some way psychologically inhibiting. Shed working, even at the metaphorical level, is much less routine or structure driven and I have the feeling that within reasonable limits, I can do what I want, when I want and how I want.

When Barristers ask me about Complete Counsel, their initial impression is that it is a virtual Chambers or an alternative Chambers. However, it is not a Chambers at all; it is a different way of supporting a Barrister’s practice.

We are developing parallel digital brands. I think of parallel brands rather like the Gremlins in the Spielberg film. Once you have one, it seems you can multiply them very quickly.

Whilst the terms synergy and strategy are vogue expressions now widely used with scant regard for their meaning, they can be used to describe the development of parallel brands which could be considered to be either strategically synergistic or possibly synergistically strategic. Each brand will create opportunities and contact which can be fed through to the other brands. Digitalisation and deregulation are changing the market for legal services beyond recognition. It is apparent that there are those who are seeking to adapt existing structures and practice to these challenges, but others who realise that in reality, they have to operate in a different way. The latter group appear to have a much more positive attitude and understand the real opportunities being presented. It is conspicuous that we are able to form informal alliances with similar minded individuals and practices to our mutual advantage. These alliances carry with them none of the psychological baggage of a Practice or Chambers, or even require formal agreement.

So perhaps the thought of an inevitable improvement in the weather and a summer in the shed is making me too sanguine.

The town shed has amazing views.

A final thought. The modern Bar emerged from the 18th Century, that is from the date Barristers rode behind the Judge and his retinue literally on a circuit. The individuals who followed this way of life inevitably had to be robust and independent. They had to take what work they could find. The Defendants were often illiterate and incapable of giving meaningful instructions. Capital punishment was the usual outcome. The Judges of those days did not have the benefit of a Judicial College to advise them of appropriate behaviour in court. The tradition of a robust and independent Bar was forged by these early Barristers. A Barrister in reality needed only one essential item, that is a horse. Now, a Barrister only needs one essential item, that is a laptop. So perhaps the changes now afoot will act as a backdrop to the recrudescence of a robust and independent Bar.

Event: Too much information Complete Counsel wishes to engage a paralegal
Scroll to top