Called to the Bar in 2006, James began his career working as a criminal barrister. Regularly appearing before juries and the Court of Appeal, James grew a reputation amongst his peers and clients as a considered and persuasive advocate and quickly began to accept instructions in only the most serious financial and regulatory crime. James’s ‘career in crime’ reached its zenith when he was instructed to act as junior counsel on behalf of the Serious Fraud Office in respect of prosecuting the LIBOR fixing scandal. This series of cases has received worldwide attention.

Looking for new challenges, James started to accept instructions in Clinical Negligence and Personal Injury. It was a revelation from which he has not looked back. Now an established practitioner at one of London’s leading chambers, 9 Gough Square, James joins Complete Counsel with the intention of growing his practice further so he can genuinely call himself a heavyweight in the field.
The keystone to his success is simple; he is approachable, compassionate, hard-working and professional.

With a wife who practices as a doctor, James has a first-hand no-holds barred insight into the unique pressures, experiences and systems of a medical professional and the hospital environment they operate in.

James accepts both Claimant and Defendant instructions (inc. NHSLA and private individuals). His work is wide ranging, covering all aspects of clinical negligence from cosmetic and dental surgery to data protection to claims arising out of hypoxia at birth. James is as comfortable dealing with high value claims of the utmost severity as he is with lower value claims that have difficult causation or evidential issues.

James is currently LexisNexis’s expert on consent issues and has drafted a range of practice notes on the subject.

Of particular interest to James are accidents in foreign jurisdictions. Recently, James has been instructed to advise on quantum by a leading Claimant solicitors in respect of numerous fatal accident claims being brought as a result of the terrorist attack that killed 30 British citizens on a beach and hotel complex in Tunisia in 2015.

James is currently LexisNexis’s expert on catastrophic injuries and has drafted a range of practice notes on the subject.

Currently James is instructed by both Claimants and Defendants in a number of product liability cases, especially claims relating to medical/cosmetic products and equipment.

Recently, along with Tom Goodhead (also of Complete Counsel), James was instructed to represent a large group of claimants in respect of the ongoing Volkswagon defeat device scandal. In particular James has assisted with advice in respect to the crossover between criminal/civil actions and the tactics of how and when to apply for a group litigation order against competing claimant groups.
This is an area of his practice that James is keen to grow. 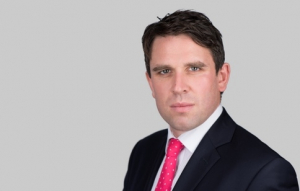