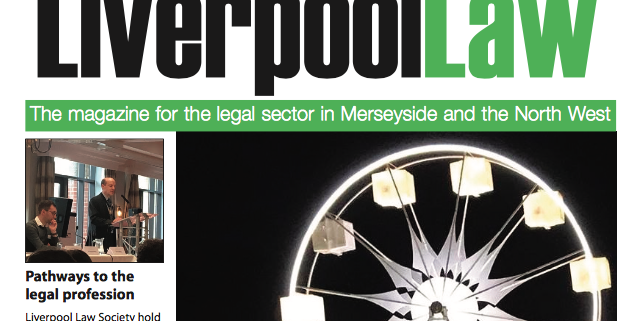 What are the costs consequences when a Defendant makes a Part 36 offer and then without withdrawing it simply reduces the value of that offer under CPR 36.9, thereby leaving the offer open for acceptance throughout – but in its downgraded state? Should the reduction be treated as a new offer, thereby entitling C to a new 21-day period for consideration? This issue was considered recently in a County Court case in which I acted for the Defendant.

The claim arose from an RTA which was uploaded to the portal. Proceedings were issued and shortly afterwards in October 17, the Defendant made a Part 36 Offer of £17,000. That offer expired in early December, following which the matter was allocated. In March 18 the Defendant notified the Claimant that the terms of the offer had been varied to offer £10,000, i.e. the offer had been downgraded. The matter was listed for trial but 11 days before the trial, the Claimant accepted the £10,000.

D contended that there was just one offer and therefore C was entitled to costs limited to the expiry of the initial Part 36 offer (post-issue/pre-allocation) and C had to pay D’s fixed costs calculated as the difference between the costs applicable at the time when the offer was accepted (post listing/pre-trial) and the costs to which C was entitled (post-issue/pre- allocation). By contrast, C contended that C was liable to pay only those costs arising after the expiry of 21 days following the revision of the offer and thus from 6th April 18 (post-listing /pre-trial).

The parties agreed that the question for the Court was when the ‘relevant period’ expired.

D argued that there had been only one offer and that the variation simply meant that the terms of that offer had been changed pursuant to CPR 36.9 which permits an offeror to change the terms of the offer without permission. CPR 36.9(5) expressly provides for an upgraded offer to create a new offer and a new period of 21 days in which to consider it. D argued that the Court could infer that if the draftsman had intended that a downgraded offer would amount to a new offer he would surely have drafted 35.9 to apply to any varied offer rather than only an improved offer.

D further argued that the Court need only step back and look at the justice of the situation; if an offeror decides that the existing offer is too low and that more should be offered, it is only right that C recover the costs for the period between expiry of the first offer and the expiry of the improved offer (which, pursuant to 36.9(5) is a new offer) since the improved offer shows that C was justified in not accepting the lower offer and entitles C to time to consider the improved offer. However, where an offer is revised downwards, C has in effect had the opportunity to accept a sum equal to or greater than the settlement sum since the offer was made (in this case since October 17). In these circumstances C was not justified in declining to accept the offer and causing D to incur continuing costs for 9 months after expiry of the higher offer. Moreover, justice demanded that C ought not to be compensated for recovering less than the sum that had initially been on offer.

The Claimant argued that the immediate impression given was of two offers, especially since the event which triggered the settlement of the case was the ‘second’ offer. C argued that the purpose of Part 36 was to encourage parties to settle and that an offer had to be taken in context. At the stage C accepted the offer a trial was looming and the perception of risk had changed. C argued that the earlier offer had impliedly been withdrawn and D ought not to have the costs benefits of that offer when it was no longer available for acceptance.

C argued that there was no express provision in the rules which set out the relevant period where an offer was downgraded and therefore it would be dangerous to draw any inference from the rule about upgraded offers attracting an extra 21 days. Had the rule drafters intended that downgraded offers would not attract an extra 21 days then given that they went to the trouble of making an express provision as to the existence of a second ‘relevant period’ when an offer was upgraded, the fact that nothing had been said about downgraded offers could not give rise to any inference at all.

Having heard the argument, the Deputy District Judge accepted D’s proposition because he found that it would be unjust to award costs to C for the extra period.

Although this was a fixed costs case there are parallels with the operation of 36.13(5) in standard costs cases which require the Court, unless it considers it unjust to do so, to order that C have costs up to the date on which the relevant period expired and that the offeree pay the offeror’s costs thereafter, until acceptance. In deciding if it is “unjust’ the Court must consider ‘all the circumstances’ including the list of factors in 36.17(5), hence there is potentially a higher hurdle to cross. However, in the writer’s view, the injustice of an offeree having costs for a period after expiry having declined to accept the earlier offer and later settled for less, will weigh heavily in the balance against the other factors.

Michael Sherry to speak at Private Client Conference in conjunction with STEP...

Who knows what the future holds? – Charles Austin in Liverpool Law Ma...
Scroll to top